I know you’ve noticed it. How recently it’s considered lame for little girls to wear pink from head to toe and love princesses.

For some reason as we started declaring it wonderful that girls play with action figures and boys wear their sister’s clothes if they want, we started believing that girls who strut the grocery store runway in Disney gowns, show up at the park in an Ariel dress or want to have princess birthday parties aren’t as smart, original, athletic, or independent as their Iron Man costume wearing girlfriends.I’m here to tell you that’s the stupidest thing I’ve ever heard.

If you’re quick to cheer on a 5 year-old girl who loves Minecraft Legos but think a kindergartner who rocks Cinderella outfits is self-esteem deficient, you’re an idiot. You’ve completely missed the point of what parents have been fighting for: the right for their kids to use their imaginations the way THEY want to.

If you’re embarrassed because your 6 year-old wants to have a Princess Sofia birthday party instead of some cool, edgy superhero theme so that you can show your friends how progressive you are, you’re not really progressive at all. Being truly open minded means letting your kids be who THEY are not who will make you look cool on Facebook.

If you pat your friends on the back because their let their son wear dresses to first grade but steer your daughter away from Frozen costumes because they’re too mainstream, you’re full of crap. Why is it ok for little boys to be who they want, but not little girls unless it follows the trend of being off-trend?

“Princesses teach girls to be weak and dependent on men.” Says who? I played with Barbies as a child but never wanted to be her. I just loved cutting her hair. Saying that being princess obsessed will make little girls grow up to be anything but strong women is like saying that playing with My Little Ponys will turn them into future horse trainers.

I’m tired of commercials like the Goldiebox one that ran a few years ago where little girls are paid to proclaim they’re so over being princesses as if that makes them smarter than the rest. If a girl isn’t into princesses, that’s fine, but stop acting as if that makes her more intelligent than those who are. I don’t appreciate the message that liking pink, tulle tutus, dollar store tiaras, or fairy wings makes my daughter any less badass than other little girls because I assure you, she is the fierce, opinionated, and 100% herself. And she can get halfway up a tree wearing an ankle length Merida costume. 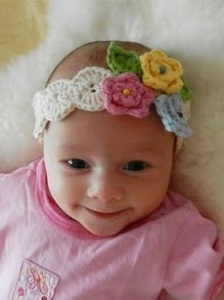 So the next time you see a girl child walking down the sidewalk in pink shoes, pink tights, a mini ballgown, costume jewelry, a crown and an Elsa wig to top it off, don’t you dare give her a sideways look because she might be my kid and I’ll give you one right back.

Rants, letters, and stories about motherhood.

Hilarious book for parents of toddlers.